A photograph which judges said captured the very essence of inclusion and the power of sport has won the inaugural Giving Tuesday photo competition.

Giving Tuesday is the international day dedicated to charitable pursuits, be it donating, volunteering or raising money for charity. What began in America in 2012 as an antidote to the shopping day known as Black Friday, Giving Tuesday is run in the UK by the Charities Aid Foundation (CAF) and now happens in over 60 countries.

The judging panel – BBC News photo editor Phil Coomes, MP Susan Elan Jones, and Head of Marketing at CAF Caroline Forbes – chose the winning entry from a shortlist of six images that sought to capture with a single image the very spirit of the charity they represent. 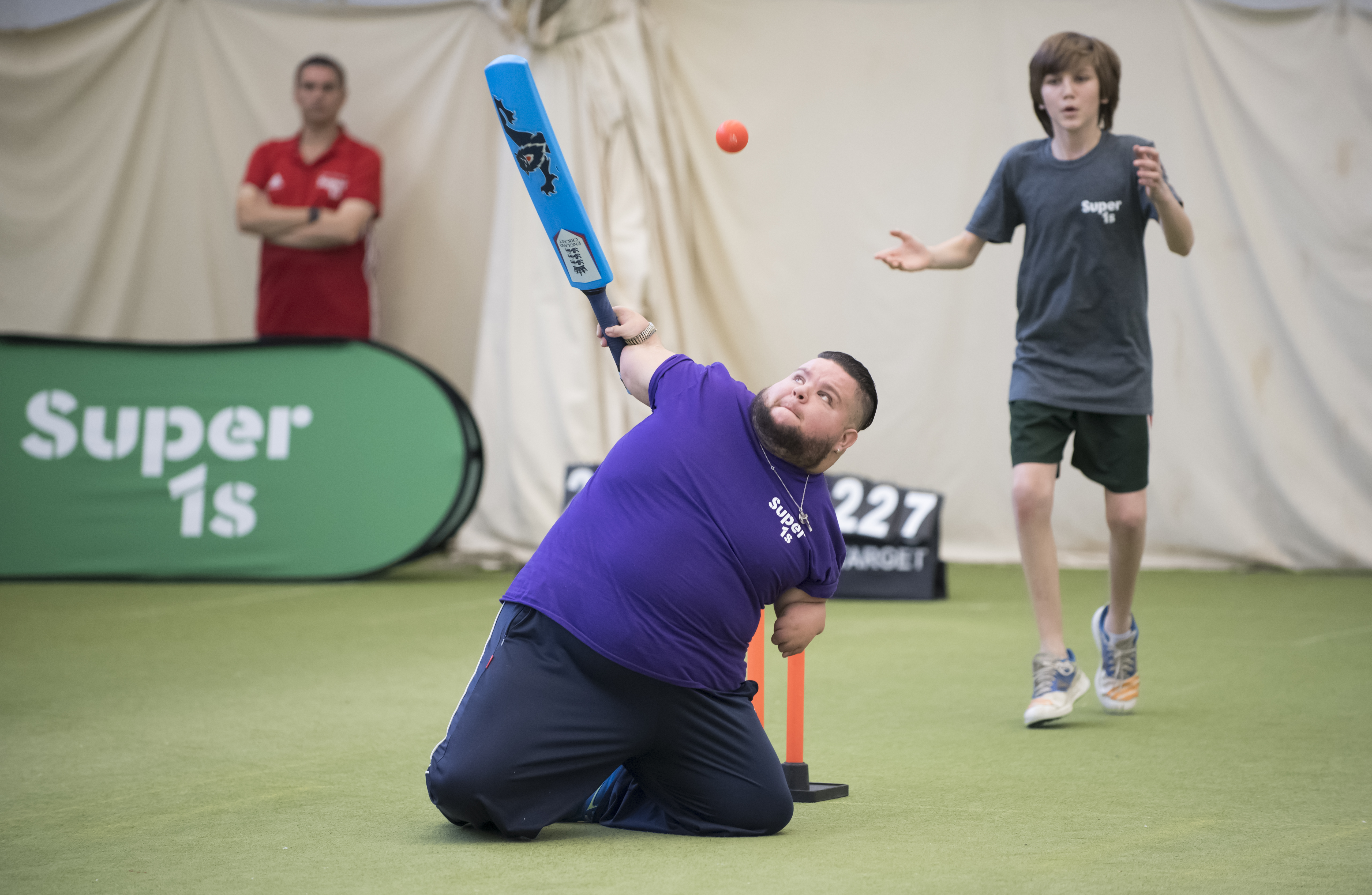 Commenting on the winning entry, Susan Elan Jones MP said: “This picture is the very definition of inclusion.”

CAF’s Caroline Forbes said: “All of the entries managed to tell a unique story of the power of charity  – this winning shot somehow helped us share in the joy of this young man doing what he loves.”

The young man in the image, Sam Alderson, has a rare genetic condition called TAR syndrome and felt isolated at home before working with Lord’s Taverners, where he is now both a regular player and an accredited coach who works for the charity.

Lord’s Taverners Super 1s programme offers year-round cricket activity, allowing young people to benefit from everything that sport can give, including confidence, the value of teamwork and a sense of achievement. The charity also works with people from deprived areas to increase opportunities to regularly play sport, and empowers volunteers, coaches and teachers to deliver training sessions.

The Charities Aid Foundation launched the Giving Tuesday photo competition to give  our charity partners the chance to share the variety of incredible work they do and to encourage more people to support amazing causes. The winning image will feature on this year’s dedicated Giving Tuesday website in the UK.

Others shortlisted for the contest include:  Chance for Childhood, which  works with vulnerable children in Africa; Glass Door, a London-based homelessness charity that partners with churches to give shelter; the Royal Albert Hall, which delivers innovative education and outreach programmes; and Motivation, a  charity which provides wheelchairs and services for disabled people in developing countries.

CAF would like to thank the judges and charities who took part in the contest.

This website uses cookies to improve your experience while you navigate through the website. Out of these cookies, the cookies that are categorized as necessary are stored on your browser as they are as essential for the working of basic functionalities of the website. We also use third-party cookies that help us analyze and understand how you use this website. These cookies will be stored in your browser only with your consent. You also have the option to opt-out of these cookies. But opting out of some of these cookies may have an effect on your browsing experience.
Necessary Always Enabled
Necessary cookies are absolutely essential for the website to function properly. This category only includes cookies that ensures basic functionalities and security features of the website. These cookies do not store any personal information.
Non-necessary
Any cookies that may not be particularly necessary for the website to function and is used specifically to collect user personal data via analytics, ads, other embedded contents are termed as non-necessary cookies. It is mandatory to procure user consent prior to running these cookies on your website.
Functional
Functional cookies help to perform certain functionalities like sharing the content of the website on social media platforms, collect feedbacks, and other third-party features.
Performance
Performance cookies are used to understand and analyze the key performance indexes of the website which helps in delivering a better user experience for the visitors.
Analytics
Analytical cookies are used to understand how visitors interact with the website. These cookies help provide information on metrics the number of visitors, bounce rate, traffic source, etc.
Advertisement
Advertisement cookies are used to provide visitors with relevant ads and marketing campaigns. These cookies track visitors across websites and collect information to provide customized ads.
Others
Other uncategorized cookies are those that are being analyzed and have not been classified into a category as yet.
SAVE & ACCEPT
Powered by